An illusion of an extra sidebar from the bar! (No regrets.)

The Life of Phil

Phil Elverum was born on May 23, 1978, in Anacortes, Washington. Growing up, Elverum's father regularly made mixtapes for him and his sister. He soon started to play the tuba but after three years moved onto drums. At age 14, he started his own band "Nubert Circus", playing the drums and writing lyrics. Elverum attended Anacortes High School. After graduating, he traveled across Canada with his then-girlfriend. In the summer of 1997, during his "punk rock experience", he moved to Olympia, Washington, where he lived until 2002. Elverum briefly attended Evergreen State College. He expressed little interest in college, favoring the music scene, although he remained a relative unknown. Elverum would later cite the music scene as the reason he moved. Elverum's primary source of income was music, performing small tours.

In his adolescence, Elverum worked at Anacortes-based record store The Business where he would record music in the backroom after hours. During his time there, he met Beat Happening member Bret Lunsford who offered him a job as the drummer of the band D+ alongside Karl Blau. While living in Olympia, he would periodically return when low on money. Elverum described his time at The Business as his "entry point to alternative music", noting how it helped him become immersed in the scene. Also during his adolescence, Elverum expressed a desire to become a filmmaker, frequently making movies with his friends and screening them at a coffee shop.

By January 2000, he was living at the "legendary Track House", after living in various other houses, such as the "House Of Doom" in Quincy, Washington, which was according to Elverum, "Legitimately haunted. Raccoons and rats would eat your food right off the shelf. Poison barrels buried in the yard.. A black house surrounded by forests, the Track House was used by prominent independent musicians in the Olympia music scene. In his free time, Elverum would record music across the street at Dub Narcotic Studio and volunteer at the local food co-op. Elverum moved out of the Track House by 2002.

In 2002, Elverum spent a winter in northern Norway, two hours from Bodø. He kept a log of his time there which became Dawn: Winter Journal and the songs composed for Dawn. In 2003, Elverum met Canadian artist and musician Geneviève Castrée through mutual friends. They married on February 29, 2004. They originally intended to move to Canada, but after searching for residency decided to remain in the United States, in the town of Anacortes, where both Castrée and Elverum would become influential in the local music scene, in particular the forming of the What The Heck festival. Castrée was diagnosed with inoperable pancreatic cancer following the birth of the couple's first child in 201. and died on July 9, 2016.

Elverum married actress Michelle Williams in July 2018 in a private ceremony in the Adirondacks. Around the same time, he moved from his long-time residence in Anacortes to Williams' home in Brooklyn. The couple separated in January 2019, and filed for divorce in April 2019. Following the split, Elverum moved back to Washington, after having lived in New York for about nine months. By November 2019, it was reported that they were no longer married. In 2020, Elverum, with help from his brother, was building a house off the coast of Anacortes. Elverum had previously intended to build the house with Castrée.

Elverum has described his parents as "mystical about nature", although these beliefs were not tied to a specific religion. In an interview from 2012, he stated that "a lot of the ideas that I’m trying to enunciate reflect a more or less Buddhist ideology. Even though I’m not Buddhist, at all, I come across these same ideas... I’m taking things from that tradition and reframing them in my world.. Elverum has expressed disdain for religion in general 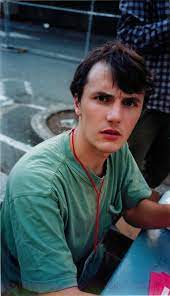